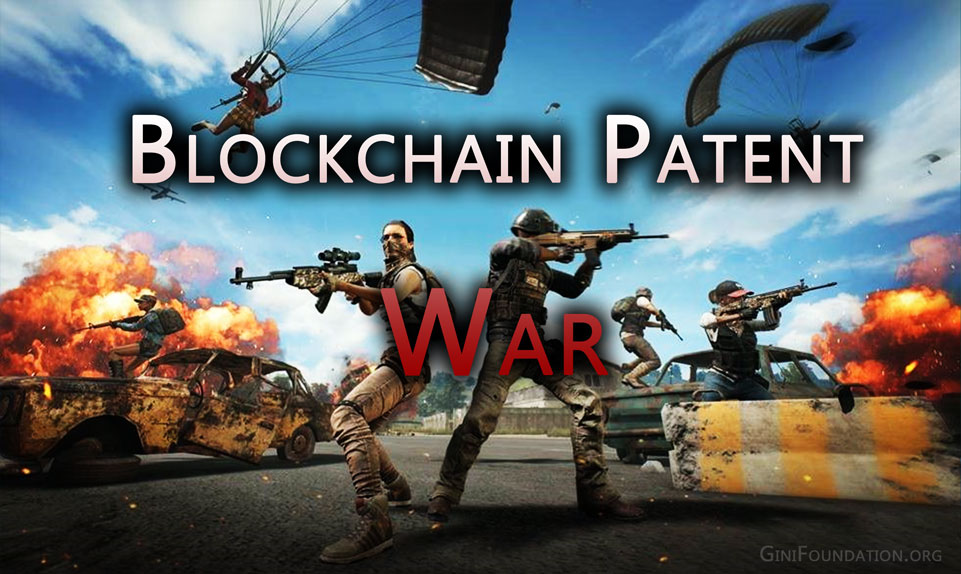 Bank of America has more blockchain patents than any other company on Earth, including IBM, Google, Facebook, and other Silicon Valley tech giants (source: Bloomberg). JPMorgan and Wells Fargo also have a relatively large number of blockchain patents. And banking corporations in general have already collected a large percentage of total issued blockchain patents. Why?

I think there are three primary reasons: (1) They understand the value of blockchain in reducing their operating expenses; (2) their existing systems and software code bases are atrocious and obsolete (Our team has worked in FinTech for decades so we know this is true.); and (3) they are weaponizing their patent portfolios in preparation to use their patents to sabotage and attack other blockchain platforms in the future.

In fact, using the patent and court systems to sabotage their competition is a very common strategy for gigantic for-profit corporations; thus, malicious and frivolous patent litigation is a potentially disruptive problem for any blockchain/cryptocurrency project, which is why we have attorneys on our team. The banking lobby is notoriously vicious and corrupt with enormous financial and political influence over the U.S. regulatory, legislative, and financial systems. So we believe it's better to be prepared if/when they try to play those disgusting games with us than to pretend these risks do not exist.

Physical Violence is a Possibility. As we all should understand by now, the banks and their sympathetic cronies in government are preparing for war. It is not yet a war with guns and tanks, but there is a real possibility that it could escalate to physical violence because that’s the inevitable result when societies allow gigantic corporations to hijack the police power of governments to serve/preserve their own interests. Anybody who doesn’t understand and believe this should read the classic historical books, Business as a System of Power by Robert Brady, Tragedy & Hope by Caroll Quigley, and Wall Street and the Rise of Hitler by Antony Sutton and many other historical books in the Gini Book List.

Bank Aggression Will Inspire Even Stronger Mass Support for Cryptocurrencies. I’m not saying any of this to scare people unnecessarily. In fact, if the banking lobby comes after Gini or any other prominent cryptocurrency project, that would inspire the biggest backlash against the criminal banking cartel in modern history. It would reveal the naked truth about their intentions to stifle and hijack the only competition to the banking cartel that has emerged in generations. That would make the growth of the crypto community accelerate. I'm certain the senior executives at the largest banks already know this; so, they're probably not foolish enough to fall into that trap.

All Economics is Rooted In Geopolitics. I often see young blockchain/crypto developers try to separate crypto-economics from politics. As discussed in detail in our Gini book, this is dangerously naive. Banks are too-big-to-fail and they substantially dominate our entire global economy today because of their ability to influence the political systems that spawn the laws that govern us all. This reality has many implications for humanity, which we discuss in the Gini book, but for now, it's important to understand that the banks will continue trying to sabotage the crypto industry slowly and behind the scenes through their influence over the legislative and regulatory apparatus. This is why we always put everything we do at Gini into a nonpartisan geopolitical context. It's also why it's crucial that we use some of our time and resources to push back against special interest groups that are trying to use their financial wealth and political connections to sabotage the cryptocurrency industry.

“Enlighten the people generally, and tyranny and oppressions of body and mind will vanish. . . .” –Thomas Jefferson  Billions of humans on Earth today are focused on their daily lives, trying to make ends meet, hoping for the best and not really understanding why our global economy is falling apart. As a community, I believe it’s our duty to follow Sun Tzu’s wisdom and “know thy enemy” without falling prey to normalcy bias and other forms of fantasy thinking. The banking lobby is real and they are ruthless. They will not relinquish their power and ill-gotten wealth quietly or passively. They will fight; and they will fight viciously. We should always seek peaceful solutions, but we are also prepared for war if/when necessary.

Gini is doing important work that no other organization is willing or able to do. Please support us by joining the Gini Newsletter below to be alerted about important Gini news and events and follow Gini on Twitter.