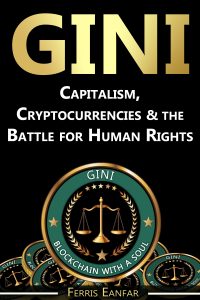 Humanity Evolves at the Speed of Justice. This is a book about justice and the technologies, systems, and economic policies that are necessary to achieve justice. Humanity’s technology is evolving at an exponential rate, but our laws and cultural norms evolve at the speed of justice. The speed of justice is dictated by those who have the most financial and political power in a society. The more concentrated the power, the slower the justice. Indeed, “justice” can only exist when economic and political systems produce outcomes that maximize health, wealth and political freedom for the largest number of humans. By that measure, the speed of justice in many countries on Earth today is excruciatingly slow. In fact, it’s not only slow; it’s accelerating in reverse. 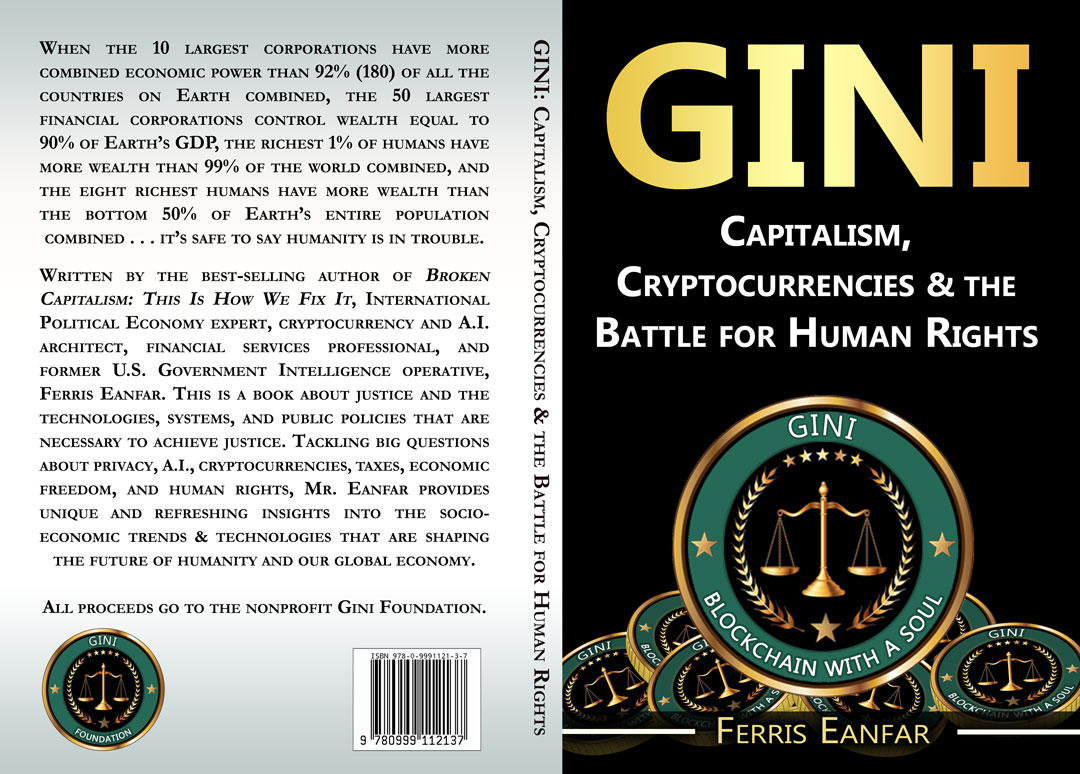 The Sad History of Wealth & Power Concentration. The problems described in the Gini book are obvious to economists, historians, and scholars who have studied the economic history of the Gilded Age in the United States; the concentration of wealth and power in Nazi Germany and pre-WWII Italy; pre-Soviet tsarist Russia and post-soviet oligarchic Russia today; the totalitarian power in the Gulf Cooperation Council (GCC) states since they discovered oil and natural gas; the long and sad history of economic oppression in virtually every Latin American and African country; the rapid concentration of wealth and power in China, which is more capitalistic than the U.S. now . . . and drum-roll . . . the obscene concentration of wealth and power in the United States today, which is destroying the U.S. economy and political system. All these dynamics are the inevitable consequence of American-style capitalism, which is really just imperialistic mercantilism in disguise, which Adam Smith despised. Do we really want to perpetuate this cycle of mercantilist wealth and power concentration when we know it will inevitably end in violent revolutions and possibly World War III?

Fixing a Broken System. With such enormous economic and political power concentrated in the hands of less than 0.01% of Earth’s corporations and less than 0.0000001% of Earth’s human population, is it any surprise that economic and political systems worldwide are imploding, humanitarian crises are exploding, and 80% of the global population lives in poverty? Is this the “free market” that we learn about in college Economics textbooks and on mainstream financial news programs? All the problems discussed throughout this book are only possible when gigantic corporations and governments collude against the best interests of their citizens. This is the essence of broken capitalism and broken democracy on Earth today. Gini provides solutions.

In addition to the book on Amazon (and many other book stores worldwide), please also visit the Gini School of Economics, follow Gini on Twitter, and/or join the Gini Newsletter.